The snow & ice storm of 2015 was one of the worst ice/snow storms hit the south and east side of the United States leaving over 300,000 people without power. Damage was done mostly in the south but the east was also severely affected.

At least 7 people were killed on icy/snowy roads during this storm. The top recorded snow fall was in Kentucky where snowfall reached up to 18 inches, with the top ice being recorded at around 3/4 inch of ice in Tennessee covering the roads. With this many roads and highways were shut down. Temperatures in the single digits were very common in most locations of the south and east coast.

Areas east of Nashville, especially on the Cumberland Plateau, received the most devastating blow. With power lines, power poles, and trees coming down in many places, causing widespread power outages and roadways being blocked. According to Cumberland County Emergency Management, it was considered the "worst natural disaster in the history of Cumberland County." The Volunteer Electric Coop reported 35,000 people without power at the peak of the storm, including all of Fentress County and most of Cumberland County, as well as 700 broken power poles and $9.5 million in damage to their utility system. 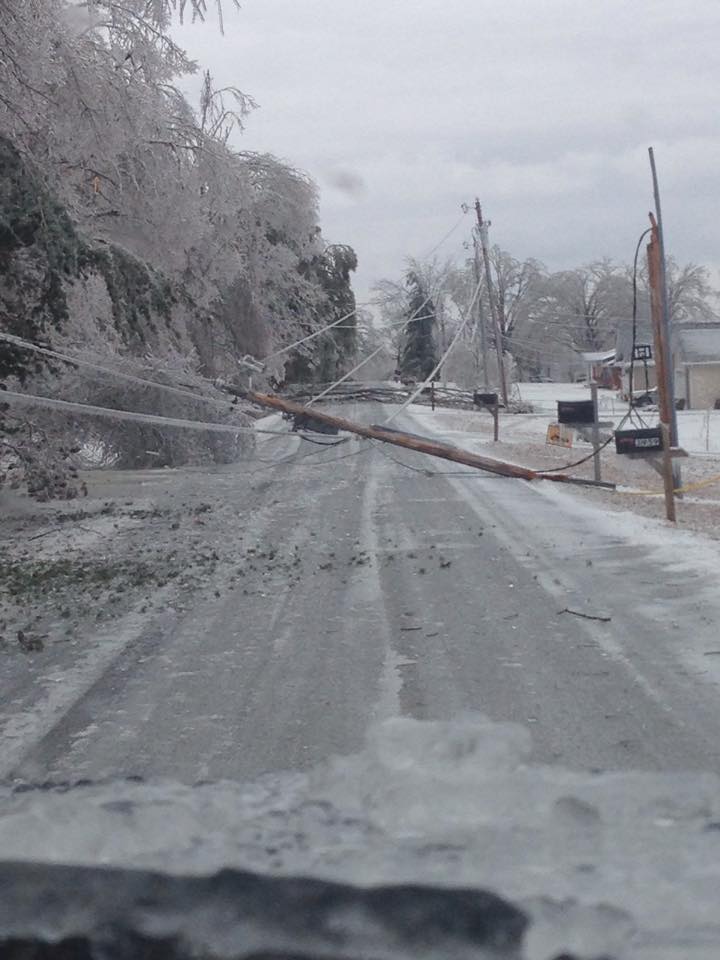 There are many reasons why it is so crucial to be prepared for winter storms like this. The more prepared with winter equipment and emergency services the easier they could have controlled the situation. Which could have possibly resulted in less accidents and injuries during this winter storm.